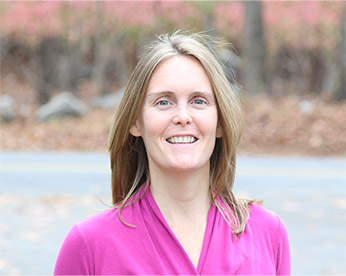 I had been a vegetarian for two decades when I found myself embarking on a whole new relationship with food — one that involved my whole family — after my son Jackson was diagnosed with Autism in 2006. I removed all dairy, gluten, grains, sugar, starches and preservatives from his diet by using the Specific Carbohydrate Diet, based on ‘Breaking the Vicious Cycle,’ by Elaine Gottschall. I carefully sourced all of his food, and prepared everything in my own kitchen. The positive changes in Jackson’s mood and health were so immediate and profound that I was hooked on the quest for knowledge about how food contributes to our mental and physical health.

When my husband was diagnosed with cancer in 2007, I dug even deeper to find ways to help my son and husband heal. I experimented further with my own diet, and adopted a raw/vegan regime that gave me renewed energy and vitality. I then implemented many of the principles of a raw/vegan lifestyle across my family’s whole diet, and took to the kitchen to innovate and create foods that were not only healthy but tasty— even to my daughter Katie, who has no specific dietary needs or restrictions.

In my search for nutrition-plus-taste, it feels like I have tested every gluten-free product on the market, but am so often disappointed by taste and/or texture that it keeps me highly motivated to produce and innovate foods that can play a role in the lives of those who favor gluten-free, vegan, and raw regimens — and simply offer nutritious alternatives to those tired of shelf-stable processed foods.

The demand for HHF has proven to be extensive, and that has only motivated me more to fill this growing need. For nearly two years, I catered to my ever-expanding customer base from my home kitchen, but by the end of 2012, demand was growing so fast that the business needed a dedicated facility. I secured a license as a commercial producer, and renovated a building in my hometown of Pound Ridge, NY to create a dedicated gluten-free facility that opened in early-2013. By June of that year, it was clear we would need even more space, and we secured an additional building in Pound Ridge — which opened in October 2013, allowing us to expand production and distribute more broadly every day.